Startups of the week #2

We introduced the concept last week, but for any of you who missed out, we're running a weekly round up of 5 of the best startups we come across every week. If you agree (or not) with our choices let us know!

One of the biggest frustrations we've found with the evolution of technology and the device landscape is the lack of integration between devices. The experience of consuming content varies across most of the devices we use day to day – but luckily help is at hand, courtesy of the team at Spool.

Spool allows you, via a browser plugin and a mobile (iOS and Android) app, to save web content to other devices. That may sound a bit dull, but when you realise Spool includes converting Flash to (mobile-friendly) HTML5 and saving offline content across all of your devices as part of their standard free package it starts to get more exciting.

Spool is currently in private beta but you can request an invite (that you'll get the same day) and be blown away by what their service offers. Amazing concept, execution and service – and an incredibly useful one! 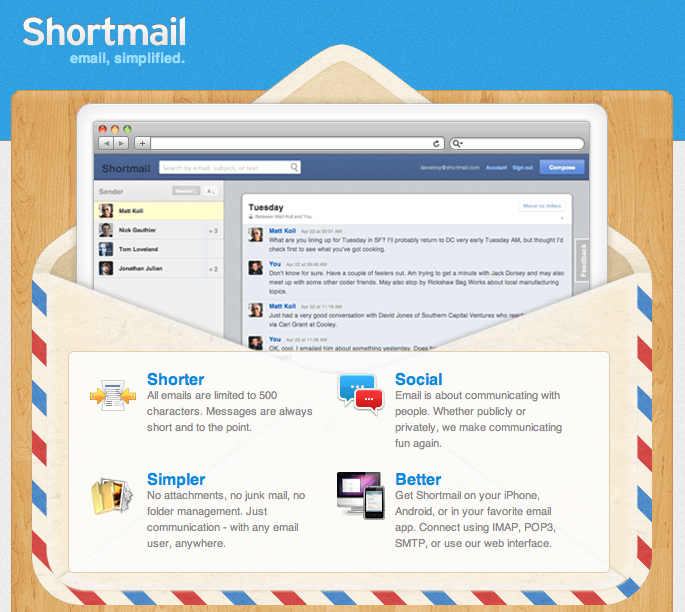 We touched on Shortmail in last week's 5 top finds, but we thought it was more than worth a mention in this week's startup list. There are occasions when a tweet's 140 characters aren't enough, but an email is too much. Or when you have an email to write but you want to keep it succinct.

For those such times, there's Shortmail. Email, tied to your twitter username, that's limited to 500 characters. It's available on mobile, tablet and desktop, conversations can be published or kept private and are sorted via contact using Sparrow's awesome interface.

Shortmail's definitely solving a niche problem, but they're solving it extremely well. With the upcoming release of their API, things are only going to get more exciting! 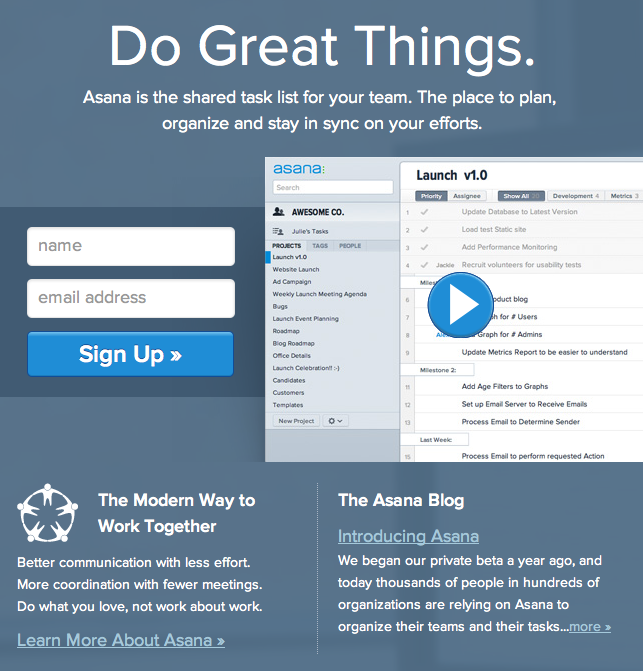 Here at UXB, we're always on the hunt for project management tools to make our lives easier. We recently started using Toggl in the office and have been impressed with how it's helped – and it looks like Asana will be getting a similar reception.

When we heard Facebook's third employee Dustin Moskovitz was finally launching his collaborative task list to the public we were more than delighted to give it a spin. First impressions definitely didn't disappoint; Asana is awesome. Look here if you don't believe us!

The site has a fairly good web app (although we were a little confused by there not being a mobile-optimised home page) and is free for teams of up to 30 people. We're still trialling it here in the office and seeing if it can help us do more and better. Worth checking out.

Hypothes.is will be a distributed, open-source platform for the collaborative evaluation of information. It will enable sentence-level critique of written words combined with a sophisticated yet easy-to-use model of community peer-review. It will work as an overlay on top of any stable content, including news, blogs, scientific articles, books, terms of service, ballot initiatives, legislation and regulations, software code and more-without requiring participation of the underlying site.

Peer reviewing the web is no small task – which is probably why no one's managed to really nail it. Hypothes.is is the brainchild of Dan Whaley, the man who "invented the online travel industry", and is currently looking for public funding via a Kickstarter campaign. It's a noble quest but not one we can see an immediate future for...

We covered personal/ business finance trackers in last week's startup list. This week, we're giving an honorable mention to two startups who are working on finance at the other end of the spectrum.

Jack Dorsey (of Twitter fame) launched mobile payment service Square way back in 2009, and are now processing around $2bn each year and even count Richard Branson as an investor (which could mean we could see Square in the UK next year)!

Sweden's iZettle is the European version of Square and it looks more than a little nifty. Having launched in June, the user testimonials suggest it may be as extremely useful as it looks. We can't wait to try it!

What gets your vote?

If you agree with our startup selection, let us know which is your favourite of the 5 below. Alternatively, you can shout at us for getting it wrong in the comments and on Twitter or via email. Look out for our vote at the end of the week.