There are many sites for users to store finds online in a visual pin-board but very few can be actual good research tools. By collecting videos, tweets articles and more, Portugal's Bundlr could be a digital journalist's best friend.

The interest of Pinterest has created a plethora of visual pin-boards - including Pinspire who must be treading a very thin line. However, many of these sites are dedicated to visual content only, very rarely even going into the field of video. With Bundlr, users are able to collect all sorts of content to bookmark, collaborate and share. 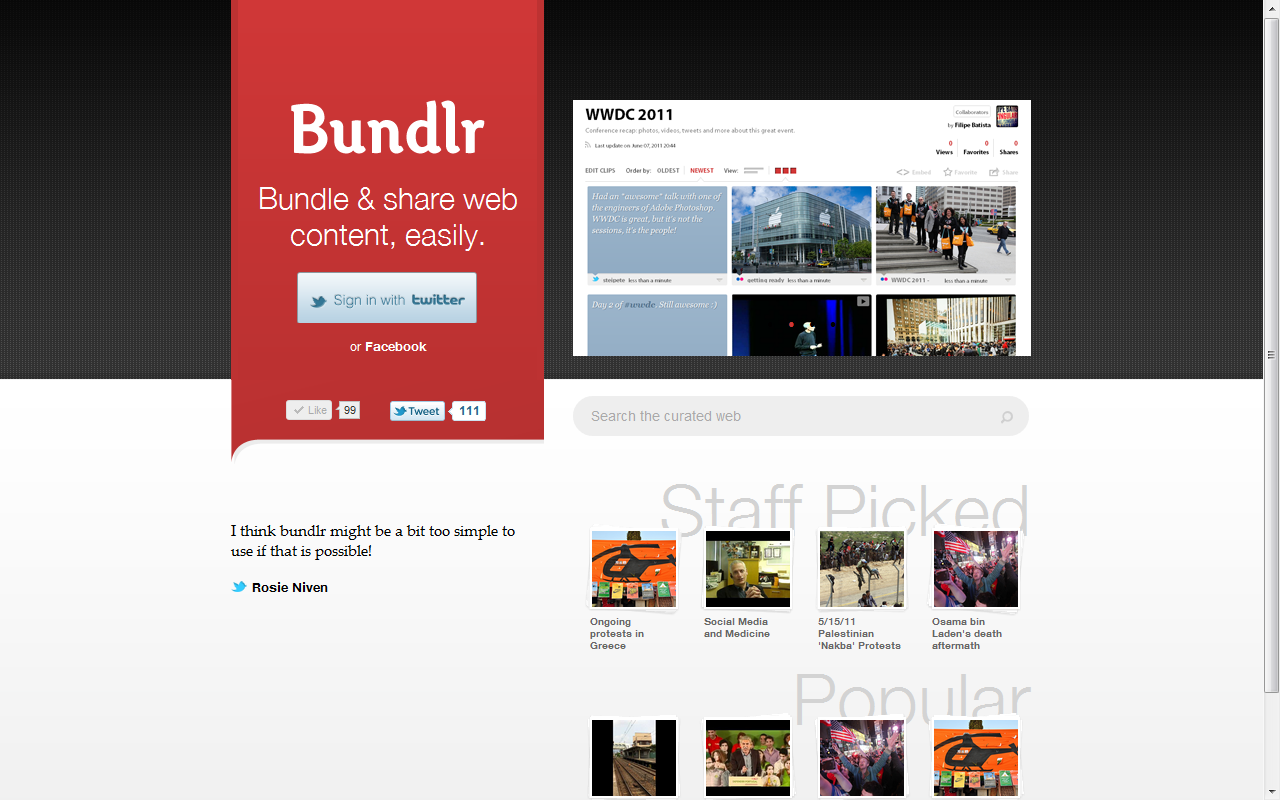 In fact, Bundlr has teamed up with Embedly to allow users to collect over 200 sources of content, including Amazon, Storify and Pinterest. The collection of different content doesn't have to be vain either. As this video shows, users can pick an event like the Tottenham riots and collect YouTube videos, Flickr pictures, Tweets and articles create a multi media story.

Bundlr was founded at the end of 2010 by Portuguese duo Filipe Batista and Sérgio Santos. Since then, the company have received €15,000 in Seed funding - which doesn't seem to do the website justice.

The site may not be gaining Facebook like traction or engagement (maybe more than Google Plus) but one can't help but think that this is a perfect tool for journalists or researchers. There is even the ability to collaborate, which has unlimited potential for journalist's working together to collect information and create an article whilst being miles apart.

When speaking to Journalism.co.uk, co-founder Sergio Santos said himself that the site was initially intended for journalists until they found other, non-tech savvy members using the service.

"Initially we targeted just journalists but what we found was that we had these other users who were not as tech savvy. We asked them why they were using Bundlr over something like Delicious and they said that being able to see the content rather than just save links was really useful to them.

Visually engaging and easy to use, Bundlr may never reach millions of monthly users but it could easily become a site many depend on. I wonder if anyone will Bundlr the UXB blog?