UXB are excited to have been invited by long term partners A New Direction to be involved in a new project to connect Schools and Arts Organisations in London.

AND's research has found that arts organisations want to know how to better communicate with schools while schools struggle to find information about the cultural activities available to them because of time and budgetary constraints.

UXB have been asked to prototype a new tool which will help schools in London find arts organisations who can provide cultural activities for their students. We're very excited to be involved in the project, which will give us the opportunity to use our varied experience in both the Arts and Education sectors.

An early version of the website is due to be completed by October 16th when it will be presented to an audience of London schools and teachers. We'll then use feedback from users to define the project's future development. It's a tight deadline with no flexibility but we're confident that, with enough tea and cake, we can get a working prototype up and running in time.

The first stage in the project was meeting with Steve Woodward at A New Direction, a true visionary, to discuss the project. These scribbled notes were the result of that early meeting: 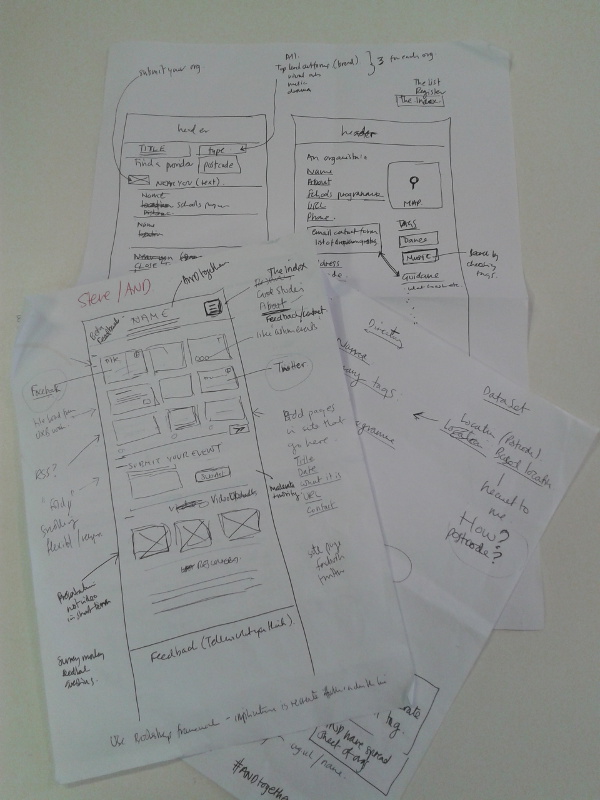 The next step was to create some basic wireframes to plan which content would appear on the various templates of the site: 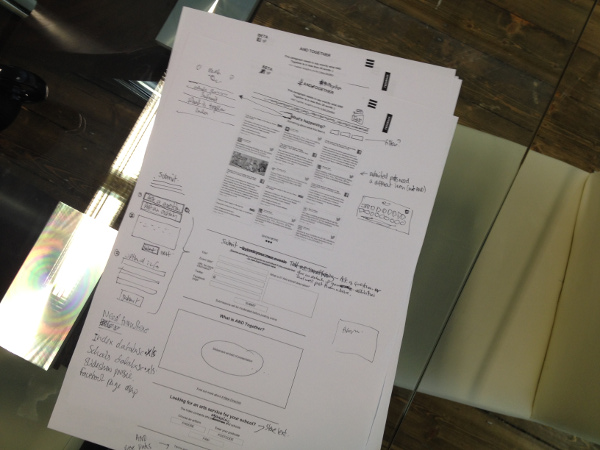 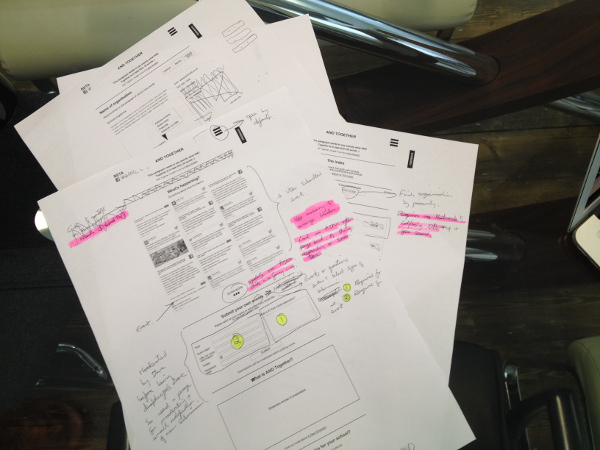 The notes on the wireframes show how quickly websites move along in their early stages. With development progressing at a rapid pace we hope to keep the blog updated with the project's progress as we move towards the October 16th deadline.

Designed and delivered in record time, this site helps arts and cultural organisations understand the legal requirements for data sharing.