Social networks were the epitome of web 2.0. They allowed users to generate and store their own content and share it with friends. Now, with the need to make money, they are starting to close their walls. What will this do to the open web?

Twitter and Instagram are at war. Instagram delivered the first blow by removing the ability for Twitter to display pictures taken by their users within Twitter's timeline. Then, Twitter released an Android and iOS update that allowed users to edit photos and add filters.

As is often the way of modern warfare, it is the public who lose.

Web 2.0 was supposed to be so much more

Web 2.0 and the open web was supposed to be a glorious change to the internet. University of Westminster lecturer and media theorist David Gauntlett describes web 2.0 as an open garden.

Gauntlett also explains that this ability to collaborate online will lead to a more 'making and doing' culture, a possible solution to our planet's environmental problems.

However, before social networks became huge businesses, everything was open for integration. Twitter's API was a lot more relaxed and websites such as Flickr encouraged developers to use their data.

In fact, UXB's own Jim O'Donnell worked on a team (while at the National Maritime Museum) that used Flickr's API to collect images for Astronomy Photographer of the Year. 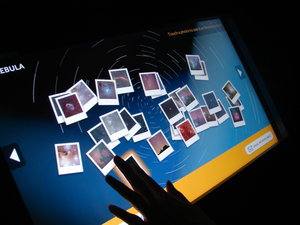 Unfortunately, the reality is that the young dreamers who created our favourite social networks had to start paying for servers, cooling systems, an increase of employees and, most importantly, please their new shareholders that just gave a truck load of money to continue their dream. But are they killing the open web?

Ironically, as social networks start becoming more closed - very anti-social if you ask me - to keep you within their walls, UK government websites are now required to adhere to the Open Standards Principles.

An interesting article by Dan Lyons explains that it is the fault of the web 2.0 business model that social networks are starting to build their own fences, keeping users within their platform and breaking ties between other social networks. It just isn't sustainable.

"The only way these companies can succeed financially is by tricking members and forcing them into walled gardens. Think of it this way - there's a reason that they don't hold a circus out in the open, and instead put it under a tent - and it's not to keep you dry in case of rain." - Dan Lyons.

However, as Lyons goes on to explain, it is essentially the users' fault. Can we really expect to have a free service, void of all adverts and for companies to not compete with each other? Our other options are to pay for the service, like App.net but doesn't this then just add a toll booth to the walls?

In fact, it now appears that the only reason these websites worked so well with each was to gain success before cutting each other off.

What can we expect for the future

Many things could happen. However, logic tells us that the Web 2.0 business model the top social networks are practising could ultimately lead to their downfall. Whilst writing this post, Flickr released an update to their native iOS app that has led some to ditch Instagram. Why wait around for Instagram and Twitter to start working together again - if they ever do - when you can just use Flickr with the prospect of a better experience?

There is also the technology which will enforce change. Standardising the web is a hot topic right now, especially as the world's top web companies are working together to finish HTML5. HTML5 is, of course, a specification rather than a concept like Web 2.0. However, the surrounding technologies and practises which HTML5 is driving forward are more akin to the concepts and ideas surrounding the world wide web at the beginning.

However hard companies try, the evolution of the internet and the services we use will be driven by the experience. Instagram will no doubt loose users by falling out with Twitter and vice versa. Facebook will loose users if they don't improve the mobile experience. Users will hack the system to their own needs. We hope this will lead to the future of the web being open.

So don't be surprised that these services are falling out and cashing in. They have a business model and they know this journey isn't forever.