Are social networks isolating their users from real life?

A new book from a MIT professor challenges the very nature of social networking and raises some interesting questions. 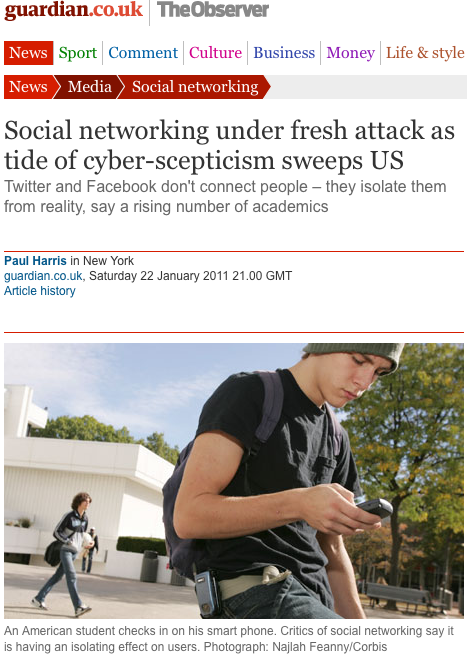 We picked up on this article in the Guardian discussing clinical psychologist Prof. Shelly Turkle's newest book, Alone Together. In it, she argues that social networking is exactly the opposite; it makes us "less human" by removing the need for physical human interaction.

Social networking is inherently social, relying on interaction between two end users for it to work. Even if what is being said is typed rather than spoken the process is still communication! Social networking removes both social and distance barriers so I'd say it could stimulate more social interaction than real life networking would do.

Cyber scepticism (as it has been called) has been a hot topic for a while now; as we respond to increased client demand for social media strategy and online engagement we'll be keeping tabs on how the argument progresses...