Calling you - how the smartphone changed the way we access music

Advances in technology change the way we listen to music

The smartphone has radically changed the way we listen to, engage with and purchase music. With social networks we can (maybe) get a reply directly from our favourite artist, keep updated on the latest tours and have a plethora of audio and visual content in the palm of our hands.

Where did it start?

Portable music has been around for decades and many credit Sony's Walkman as the first true on the go casette player. However, you couldn't really do anything other than pause, rewind, fast-forward and play. 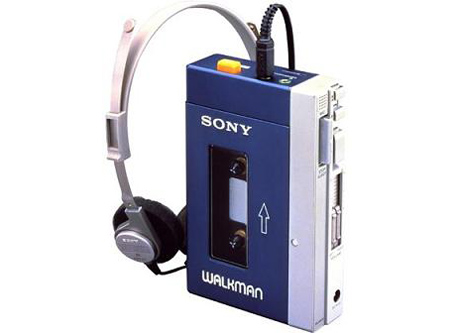 Since then we have seen handheld music devices play CDs, MiniDiscs, memory sticks and digital files. Smartphones have had little impact on the portability of music. Of course it means you have less devices in your pocket but essentially the credit of mobility should go to these earlier devices.

The internet's impact on music

There is no doubt that the internet changed music completely. Not only did people now have access to thousands of new artists that didn't have the privilege of major labeling marketing spend, but they could also download the music from their desk... for free!

Napster were the biggest name on the internet for years but the music industry didn't share their youthful love of the online world.. especially the free exchange of information. However, people had the taste and, with the launch of broadband, many were still downloading files containing their favourite new bands.

Before we blame the internet for music sales decline - which it no doubt has impacted on - pirating music has been around for generations. When vinyl was introduced it was considered to be pirating as people no longer needed to go to live concerts to see their favourite musicians. Later on the British Phonographic Industry brought out a campaign on how home taping was killing the music industry. It wasn't until the music industry embraced the medium that sales rose again. Piracy begets innovation which leads to sales. 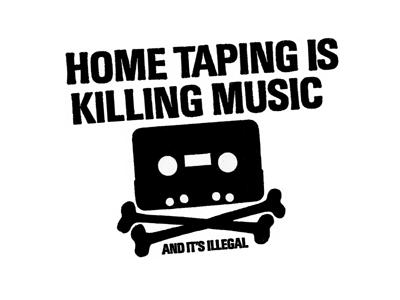 Music piracy has been around much longer than the internet

One of the reasons that piracy was so attractive to the digital community was its ease. Musicians were still selling their music on CD's, which meant the long task of buying it at a store, going home, putting it in your computer, burning it, uploading the tracks your brand new iPod (which was much slower back then) and finally, listen to the music. It was a lot easier to just download the file.

However, just under a year from the death of Napster along came iTunes. This would change everything as music was now not only easy to attain legally, Apple made the innovative move of persuading record labels to have a universal price of .99C for a track.

Having changed the ways many users obtained music online, Apple weren't done as in 2007 they released the iPhone, the device that made smartphones popular. Millions of users were now online, on the go – and they all had their iTunes in their pockets. 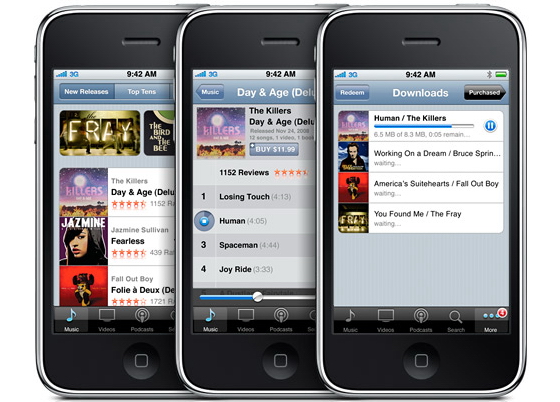 The iPhone brought iTunes to people away from the home

In fact, smartphones have changed the way we engage with music completely. According to T-Mobile, mobile devices are the way we communicate with people at music festivals. as 66% of people use them to take photos, 32% update their Facebook and 47% text and email friends during the show.

This infographic by JamMob goes into detail on how "decline in revenues from recorded music can be attributed primarily to a decline in physical CD sales." While this is obvious, it is worth noting that music revenue has still gone up and a lot of this is down to digital and mobile.

Musicians, mobiles and the social web

This relationship is not only one way. While we may use our new phones to purchase new tracks and tickets, many musicians are using their mobile devices to stay in contact with fans. In fact, possibly the biggest influencer on Twitter is Canada's Justin Bieber, who tweets with his fans wherever he is. 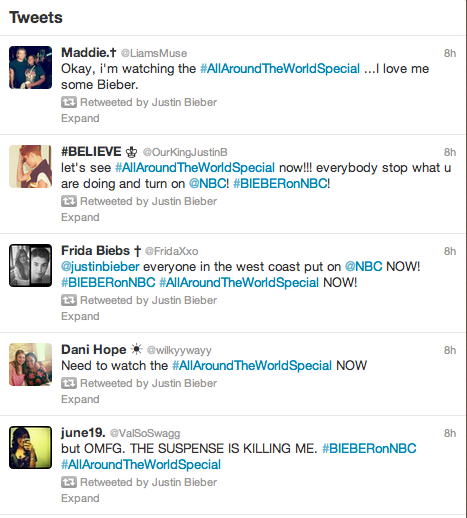 A series of tweets from Tom Davenport – music and technology journalist and studio engineer – explains how smartphones have changed the way we engage with music on the go.

@TomDavenport: Before smartphones, you hit play. It was portable, but it ended with the song. Now that experience can branch out. You can share the fun with others, or discover similar artists, purchase it remotely, or read more about the artist. So I guess smartphones helped bring the wider music experience to mobile users.

The future of mobile music

Streaming services such as Spotify and Last.FM have had mobile apps for a while now but it hasn't really caught on and requires a paid subscription, unlike their free desktop options. TIME journalist Jared Newman talks about how Spotify apps seem to be getting better but, with data usage an issue, many people seem put off by streaming. 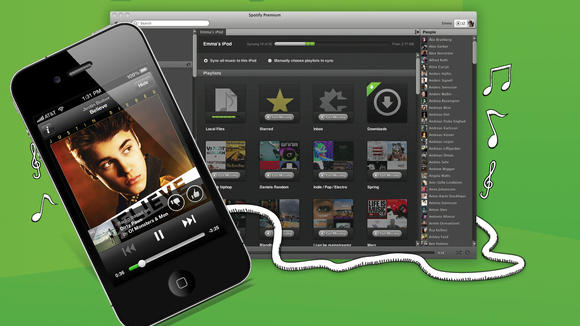 Spotify does bring streaming to mobile but at a price

However, Bardowl seems to be leading the line with audio streaming with audio books and the service often downloads enough for a seamless experience even when out of reception. There is also the fact that free public wifi spots will become more common, meaning users won't be charged stupid fees to stream an album.

How we see it

As we mentioned last week in our post Tablets, smartphones or desktop: How the time of day matters, m-commerce is affected by the user experience so this will also be the case for mobile music. Once a music streaming service can do everything that the desktop version can without diminishing the listening experience, millions of people will flock to the more convenient service as they have so many times before.

The technology is already here and designers are creating good mobile experiences all the time. People also know that if you offer free legal music, audiences will generally tend to opt for that instead of using illegal means. But music fans are still being frustrated. Like many we're waiting for the great leap forwards.*