This week's 5 top finds comes from our intern James. So get ready for The Battery Man, Duolingo, Fresh Prince of Mandarin, Wavesilk and American Airlines' rebrand.

Among the first things you learn when coming into contact with the wonders of electricity are not to stick forks in plug sockets and never to put tin foil in the microwave. The Battery Man, or Slavisa Pajkic to his wife, clearly never paid any attention to his mother and with unbelievable consequences. 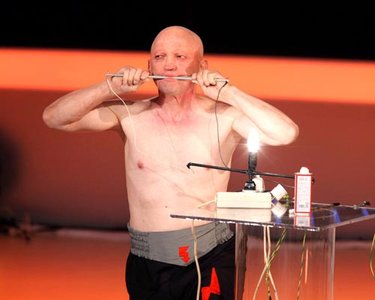 Who plans to shoot a human laser beam? Now surely everyone must agree that will be worth seeing.

Learn a language quicker than ever

Ever thought about trying to learn a new language but not been able to find the time to? iOS app, Duolingo, could be the answer. A study has shown that the equivalent of a term's worth of Spanish tuition can be condensed into 34 hours, using the app. 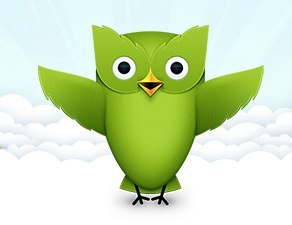 So what is your excuse now? Porque no empiezas a aprender espanol hoy?

Now, how many of you put that last line through Google Translate to figure out what we just said? Come on, we know pretty much all of you gave it a go. Well, watch this video before you start using the service too much.

If you grew up in the 90s, you will probably know the lyrics to the well known Fresh Prince of Bel Air sitcom starring Will Smith, but you probably don't know the Mandarin version.

Providing the tool by which to prove that symmetry is beauty, Weavesilk is an interactive art concept that allows the user to generate stunning pieces of art.

What's more, it can be used on the go as it is not flash based. Try it out on an iPod and it works just as well as on a pc.

Rebranding American Airlines was never going to be an easy job. The eagle soaring through the alliterative AA is instantly recognisable.

However, American Airlines not only gave it a go, we think they did a really nice job of it. Check out the video above and visit the site here for a full debrief of the new brand.