2012 Online Media Awards: Recognising innovation or highlighting how behind the UK really are?

The Guardian won five awards this year including Best Technical Innovation and Website Of The Year, but is a native IOS app less innovative than other techniques and is UK publishing lagging behind it's US counterparts?

Last week saw the 2012 Online Media Awards and the major winner of the night was The Guardian as they walked away with five top honours, including 'Website of the year' and 'Best technical innovation' for their iPad app... but how innovative is it? 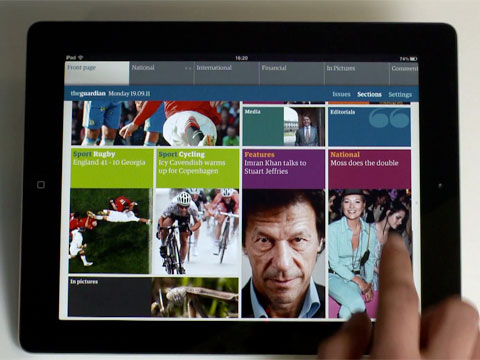 The 20 strong panel of judges stated that "iPad should be paying them." However, there is an argument that the runners up Financial Times, are looking to the future more with their web app as we move towards faster mobile internet.

As we move towards HTML5, people are even predicting this will be the end of native apps (the ones you download and sit on your phone), even if it takes a while.

On the official SND website, the designer Wilson Miner was quoted describing responsive web design as:

"one of those little shifts in thinking that cracks open a whole new set of questions and possibilities."

Which led SND to agree as they said that The Boston Globe:

"is aggressively rebalancing the signal-to-noise ratio of storytelling and even rethinking the shape and behavior of advertising." 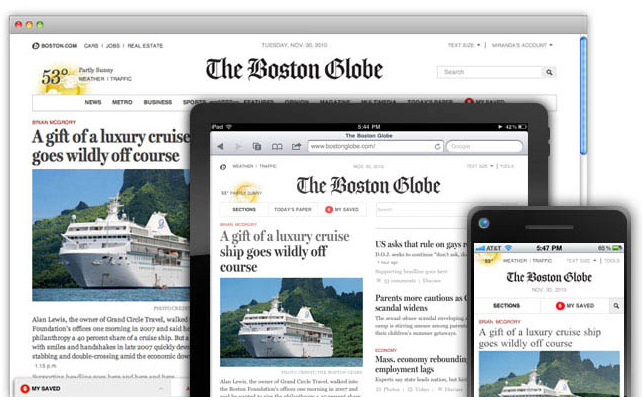 It appears that the Online Media Awards focused more on content and visual design, rather than technical innovations. However, with examples from The Boston Globe, is it about time that the UK publishing world stepped up and made great sites for everyone on every platform? If The Guardian moved towards a responsive site could they be contenders for 'Best website in the world'? Let us know what you think.

If you want help going responsive, have a look at our work with PepsiCo and contact UXB.