Journalists and Twitter have generally always had a great relationship. However, many don't know how to use Twitter for releasing content. This led the social network to release best practises for journalists. UXB decided to see how important they really are.

Writing for the social web isn't the same as writing an article. Many people often forget this and wonder why their content isn't receiving a large amount of referral visits. Last week, Twitter published a blog post on best practises for journalists on their blog. UXB looks at how important the guidelines are. 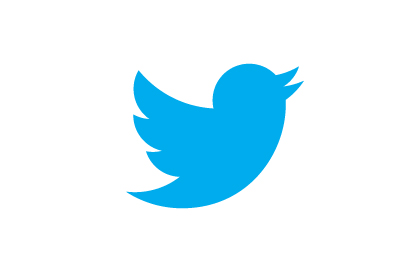 We want to point out is that these guidelines are for Twitter, not other social networks. One thing to remember is that like writing styles are different from magazine to magazine, paper to paper, social networks should be treated differently too.

One of the best ways to increase Twitter engagement is to Tweet regularly about the subjects you cover. Our research shows that for people who post a concentrated number of Tweets in a short time span, follower growth is 50% more than average (1.5x). Live-tweeting or posting updates about a news event related to your beat is one way to grow followers and increase interaction.

Twitter said some years ago that its strategy was to be the "pulse of the planet". Three years on and it would be hard to argue that those trending topics don't represent what we are talking about. Euro 2012 final? Trending on Twitter. Latest protest? Trending. Justin Bieber's new haircut... yeah, that is also trending.

Liveness is nothing new in journalism but with web 2.0 it has never been so important. If you delay with your reporting, you run the risk of having your content be old news. However, delaying time to add extra insight can give the reader a better, more thoughtful piece. A mixture of the two can work incredibly well.

2. Use hashtags for context

Tweets with hashtags (the # symbol, immediately followed by the subject or keyword related to the Tweet) can increase engagement almost 100% (2x) for individuals and 50% (1.5x) for brands. Journalists and news publishers use hashtags to organize conversations, gather feedback, and to identify and engage with Twitter users discussing a particular topic.

Hashtagging your tweets is the best way to have your content spread across the micro-blogging site. At first, people can see hashtags as a pointless exercise and focus much of their time trying to get people to follow them. While this is also important, your end goal is for people to read your content so extending your tweet beyond your followers can benefit your hits much more.

The Sun's GOTCHA headline may have been eye catching in print but would be a nightmare to find on Google.

Like SEO, hashtags can be a slap in the face to traditional, more creative headlines. However, if you want your content to be findable through search, it is essential.

When tweeting about or to a Twitter user (individual or brand), include their Twitter handle (the @ sign, followed by the username). Brands that tweet 20% fewer URLs and 100% more @mentions grow followers 17% more than average. What that tells us is to mix up your Tweets so your feed isn't just links to your stories. Post tweets that include URLs, but also tweets with @mentions, and tweets with no links at all.

There are fewer things ruder when writing than using an idea, concept or argument and not citing your reference. Doing this in university would lead to dismissal. So why do people do it on Twitter?

In fact, not only is it to polite to reference your sources but can also be profitable to gain followers. Highly recommended but not it isn't really as important as hashtags as it won't further your messages. And don't @ anyone you haven't sourced in hope they will read your content. That's spam.

News accounts receive 100% more (2x) active engagement on a high-performing Tweet when a URL is included. To increase the engagement on your account and Tweets, mix it up a bit: when individuals share URLs to non-company sources, they experience a bump in follows.

You know that person that only talks about themselves in the pub? How irritating they can be as they waffle on about "me, me, meee". Well, a lot of Twitter accounts are like this. Twitter is a social network, not an advertising board/help group.

By sharing what you are reading, using the RT button if found on Twitter (a quote RT will do but doesn't give your feed much variety) you are contributing a diverse array of content to your social conversation. In fact, retweeting other content can generate more engagement for your own profile.

A good way to generate new and interesting content on your wall, as well as show your personality a bit, but ultimately doesn't deliver any new traffic to your site. Do it, but don't invest your time worrying about it - it should be natural.

The reoccurring theme throughout these guidelines is that your content has to be searchable and social and these "best practises" certainly help. While Twitter has labelled them for journalists, we find it incredibly helpful for everyone trying to push their content.

We have said it before but we will say it again. Social networks are social places, enjoy them, engage with others and take as much as you give.