The rise of the "awesome" internet

As more websites, blog posts and agencies are labelling themselves as awesome, is this the ultimate word for everything good online?

Internet users around the world love to use the word awesome. It has become a part of the common vernacular online and anything that is amazing, good, inspiring or funny offline is often just "awesome" online. 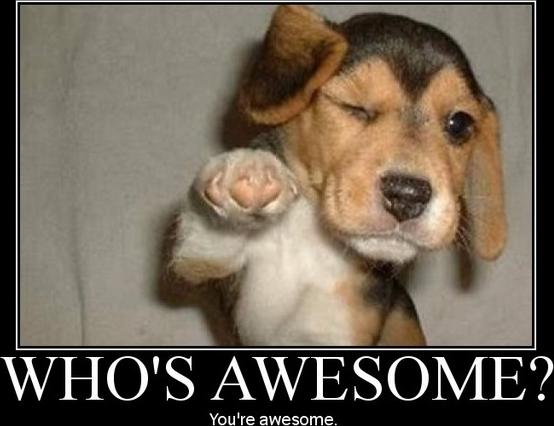 This is a topic that we have heard people talk about often but find very little on the subject on the internet. However, dealing with a popular keyword can make Googling it very difficult. In fact, a quick Google search of "Awesome" has 1.45 billion results, while a search for "terrific" brings 104 million and "fantastic" finds 1 billion. The word is evidently used much more.

One article we did find was from last year, where The Economist's Intelligent Life magazine has a feature by Robert Lane Greene called 'The Rise Of "Awesome"'. In this post, Greene talks about how the word went from "feeling awe" in 1598 but by 1664 it had changed to "inspiring awe".

According to the article, awesome gained popularity within the youth of America, reducing it to just mean "terrific" or "great". However, Greene points out that everyone else seemed to mock the use of the word, with The Guardian making fun with "It's so awesome, I mean, fer shurr, toadly, toe-dully!"

You can continue to read the article if you want to get into how awesome and theology go hand in hand and how The Guardian now use the word a lot. However, It is the current incarnation of the word and how it has become the chosen descriptive for cool things on the internet.

Figuring out why "Awesome" has become the go to word online is certainly beyond a day of internet research. However, our best guess may be that as we are more connected, so is the slang, colloquialism and trends. What was originally a West-Coast American thing is now the word on everyone's lips online. After all, it is the home of most of our favourite websites.

We have "awesome" memes:

In no way do we intend to say that it is neither right or wrong to use awesome. However, there appears to be a backlash among some people about the over-use of the word and are getting particularly prescriptive in their perception of what it means.

So how does the word "Awesome" make you feel when you see it online? Do you use it a lot yourself or has the over-exposure of the word made you recoil and use it only during awe-inducing moments? Are you awesome?