Facebook's new test of sponsored posts will see advertisers' content land in your news feed even if you aren't a fan of the page. Was App.net's Dalton Caldwell right when he claimed Facebook are more worried about money than their mission?

It has been announced this morning that Facebook will be 'test' selling sponsored posts directly to users news feed, on both mobile and desktop. This is similar to their sponsored stories but one major difference - users don't have to 'Like' the page to receive the post. 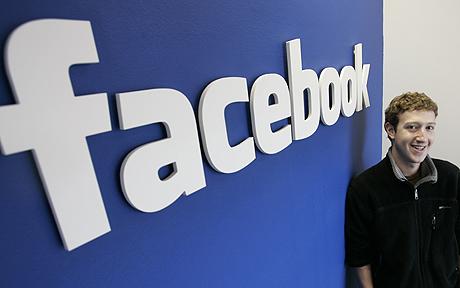 Of course, users currently see sponsored stories from pages they don't 'Like' but this depends on it having a certain amount of virality as a friend would have had to click like or commented on the post. However, this new change appears to be contradictory to Mark Zuckerberg's stance that his social network is a mission, not a public company.

Just before Zuckerberg rang the bell for Facebook's IPO, he proclaimed:

I just want to say a few things, and then we'll ring this bell and we'll get back to work. Right now this all seems like a big deal. Going public is an important milestone in our history. But here's the thing: our mission isn't to be a public company. Our mission is to make the world more open and connected.

This latest stance may seem a bit confusing for people after this. Yes, Facebook is a company and they want to make money but their users may start seeing content from pages they didn't actively 'Like' as spam.

Even before this announcement, readers of social media news may be reminded of Dalton Caldwell's recent call for people to start using a (his) paid for service, App.net.

App.net aims to be a social network - one that looks very much like Twitter - that requires a sign on fee. However, the site will have no advertising whatsoever and Caldwell claims that this is so they can put users first, not advertisers.

Caldwell explains in his video that social networks such as Facebook and Twitter have to focus on pleasing advertisers instead of looking after their users. He then goes on to tap into our Orwellian fears to sell his product by claiming that when you use a free service, you are the product as information about you is sold.

While this might tap into the paranoid part of our conscious, is it really that bad? While App.net is a nobel idea, is Caldwell overselling his service the highest echelon of moral standards? Probably.

In fact, he is simplifying the process of the free social networks to make you feel unimportant This is simply not true as the user base is the most important aspect for a website with an advertising based business model.

Simply put, if the audience leaves, the advertisers go with them.