We love brands that push boundaries. Here's our pick of campaigns that caused a cyber-storm. 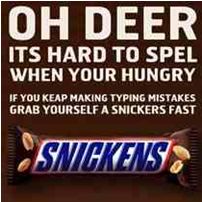 You know the feeling. Your brain has stopped working – you’re tired, groggy and ready for lunch. Snickers empathised all too well and kick-started the minds of drowsy web searchers with an AdWords campaign based on misspelt search terms. Their display ads poked fun at their audience, carrying the tag line “Oh deer. It’s hard to spel when your hungry”, and encouraged users to grab a Snickers to get back on track. The ads caught tonnes of attention, amassing more than half a million impressions in just two days. 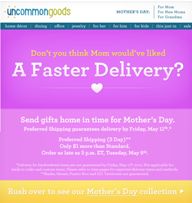 Any marketer worth their weight in salt gets a geeky buzz from a well-executed call-to-action. As points which drive customers to conversion, they’re the lifeblood of most campaigns. That’s why we applaud the unusual gift supplier UncommonGoods, which broke away from typical, instructional CTAs in their Mother’s Day campaign. To drum up urgency around sending a present on time, they encouraged children to put themselves in their mother’s shoes and consider how she would feel about receiving a late gift. The result? An emotive response which led to an uptake in their guaranteed delivery service. 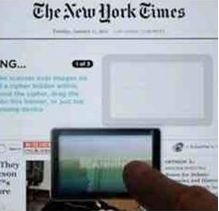 It’s a dog-eat-dog world for display ads, with brands competing against each other for space, but White Collar shot to victory by transforming theirs into an interactive user experience. To engage users with their FBI show, they encouraged users to drag their ad around the webpage to reveal hidden clues. The real beauty came from the ad being designed with tablet in mind; its HTML5 build helped the ad stand out in a land of static JPGs, rotating GIFs and alienating Flash files. 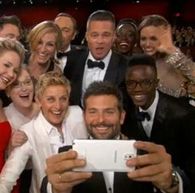 You might remember this selfie from the Oscars clogging up your social media feed. But did you know there’s a rumour that it was a ploy by Samsung to promote the Galaxy Note 3? The celeb-studded snap was retweeted more than 1 million times in 45 minutes, making it the most retweeted photo ever. Samsung didn’t confirm the stunt was planned, or reveal the subsequent sales spike, but we’re pretty sure the product placement paid off nicely. Not that we're presuming it was deliberate, of course... 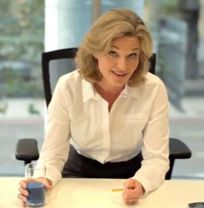 Our top picks wouldn’t be complete without Bodyform’s sardonic response to a customer complaint on their Facebook page. The video, in which their ‘CEO’ reveals the truth behind ‘that time of the month’, accrued 5 million views and secured national press coverage. Not only did this generate positive PR for the company and strengthen its brand identity, it also drove traffic to its Youtube and Facebook channels in one fell swoop.

Give your UX a Boost

Looking to engage more users on your website? Our top tips on UX may be exactly what you need.